Your cart is currently empty

The rating of this product is 0 out of 5 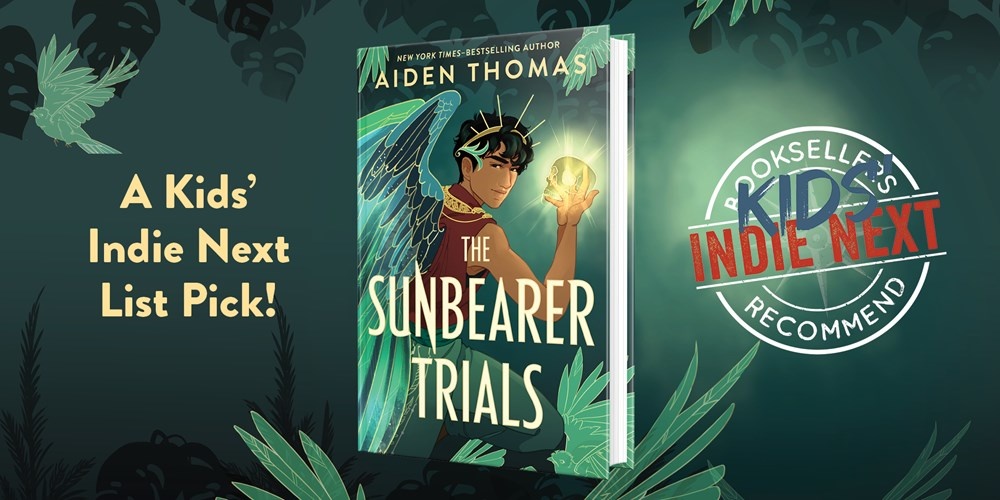 From the New York Times–bestselling author of Cemetery Boys comes the first installment of an electric Mexican-inspired fantasy duology, in which semidioses compete in a series of trials with world-altering stakes.

As each new decade begins, Sol selects the ten most worthy semidioses to compete in The Sunbearer Trials. The winner carries light and life to all the temples of Reino del Sol, but the loser will be sacrificed to refuel the Sun Stones, protecting the world for another ten years.

Teo, 17-year-old trans son of the goddess of birds, isn't worried about being chosen. The trials are only for Heroes, and he isn't one. But then, for the first time in over a century, Sol chooses semidioses who aren't established Heroes: Xio, the 13-year-old child of Mala Suerte, god of bad luck, and . . . Teo. Now they must compete in five mysterious trials, against opponents who are more powerful and better trained, for fame, glory, and their own survival.

“One of the best fantasy novels I have ever read. Aiden Thomas is masterful in their ability to not only build such a brilliant world but also characters who you love and want to root for. The Sunbearer Trials is a force to be reckoned with and has completely changed the game.” —Faridah Àbíké-Íyímídé, New York Times-bestselling author of Ace of Spades

“Clever, vibrant, & convention-shattering. The Sunbearer Trials is my favorite kind of YA fantasy—spectacular worldbuilding, a charming & supremely lovable main character, & a found family I would die for!” —Romina Garber, New York Times-Bestselling author of Lobizona

"Splendid storytelling. The Sunbearer Trials dazzles with adventure, breathing life into a bustling fantastical world filled with both wonders and evils. Aiden Thomas is a brilliant talent." —Chloe Gong, the New York Times-bestselling author of These Violent Delights

“Aiden Thomas fully knocked me out with THE SUNBEARER TRIALS, delivering charming queer characters, thrilling magical trials, and an immersive fantasy world full of intricate details. This book is a triumph and I could not get enough!” — Xiran Jay Zhao, New York Times-bestselling author of Iron Widow

"Thomas unravels a plot that is as riveting as it is terrifying, as...Teo teams up with the other semidioses to save the world they all know and love, regardless of class difference. Fans of the Hunger Games and mythology will revel in this energetic, well-wrought adventure." — Booklist, starred review

0 stars based on 0 reviews
Add your review